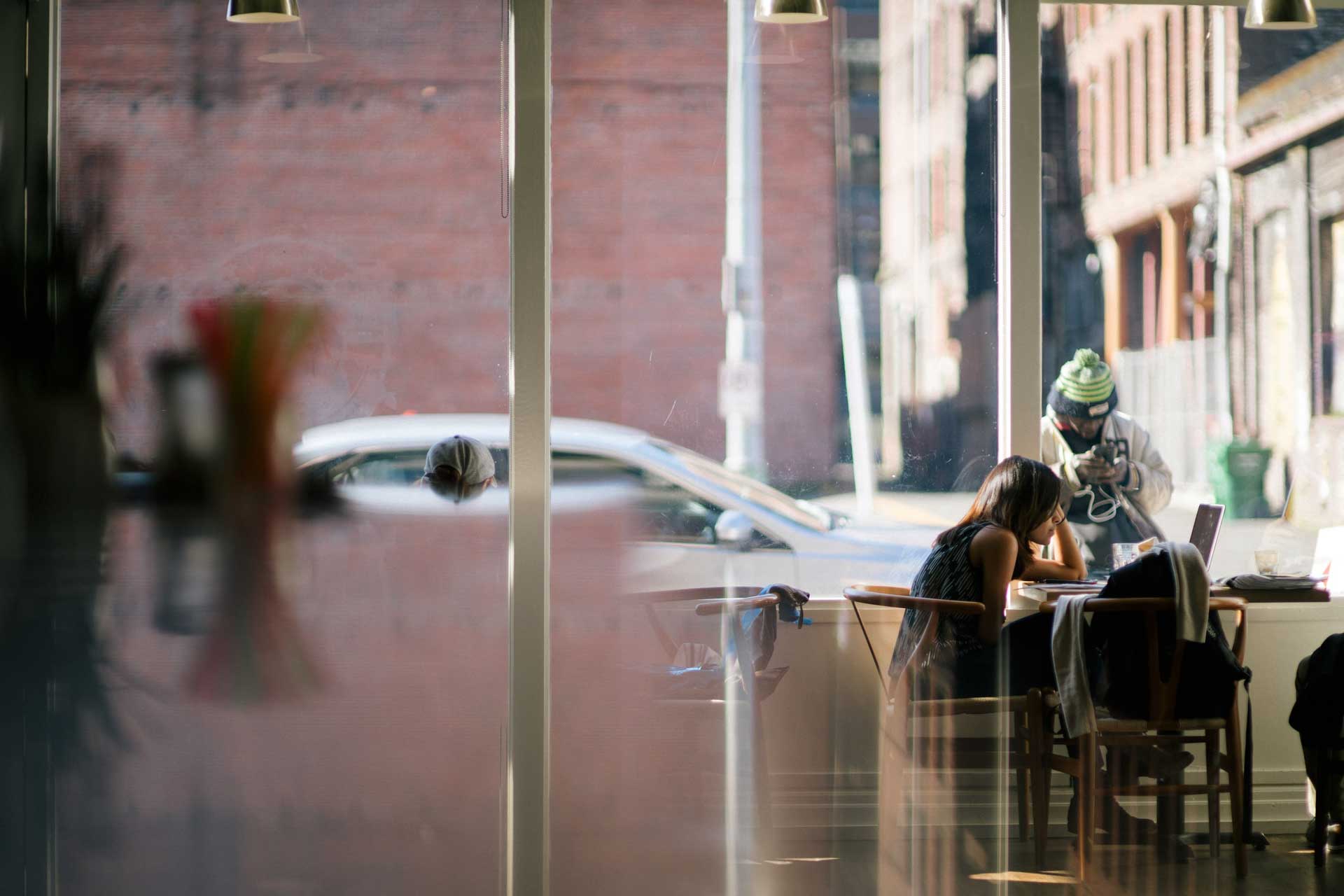 Evidence shows that Micro-dosing with Psilocybin can protect YOU against Chronic Stress.

Feeling the pinch of the times? You’re not alone.

The ongoing COVID 19 pandemic has stressed people all over the world.

Point being, there are stressors all around us. Stress is an inevitable part of our lives. Everyone, at some point in life, has experienced psychological and physiological stress. Our ancestors faced stressful situations when they had to protect themselves from wild animals. They experienced stress when they had to wait for weeks for their meals. Although modern human beings may not undergo the same stress, it is a consistent part of our existence. That is why this current blog will explain in detail:

But, stress isn’t always bad for the mind/body. Researchers have found that unlike negative stress, positive stress, i.e. eustress, can enhance one’s performance and growth. The perfect analogy that makes the concept clear is bodybuilding. When you put a desirable amount of stress on any muscle at the gym, your muscles recover, and they grow. If you put stress that crosses the desirable amount, your body reacts by having muscle strains, lower back and joint problems.

There is only a certain amount of stress that our mind can cope with. When our minds cannot cope with the stress anymore, it can lead to mental health problems like anxiety, depression and PTSD. On a chemical level, chronic stress leads to an increase in stress hormones. As a result, the feel-good neurotransmitters like dopamine and serotonin are reduced. Decreased levels of these neurotransmitters, in turn, exacerbate mental health disorders.

Chronic stress can start a perpetual cycle where one form of stress can create other forms. For instance, stress at work can impact relationships. Now, the stress from relationships can, in turn, affect the work and the cycle repeats. Consistent psychological stress can have detrimental effects on our bodies and minds. Conclusive evidence shows that chronic stress can cause structural changes in our brains. When analyzing the brains of mice under chronic stress, there was a significant decrease in their brain mass. These structural changes in our brains contribute to cognitive dysfunction and memory problems. Furthermore, stress can cause neurodegenerative diseases. These are the diseases in which the cells of the central nervous system either stop working or die. Chronic stress can also worsen or be a risk factor for conditions such as:

In summary, chronic stress has been linked to deadly diseases and mental disorders. If not kept in check, it can impact the everyday lives of people. We live in a time where the environment is full of stressors—breakups, unemployment, exams, insecurities and whatnot. If you are under constant stress, your physical and mental health can be compromised. It is imperative to keep our physical and mental health in check.

Researchers over the past two decades have come up with a magic remedy.  When we say ‘magic remedy’, we literally  mean magic remedy because:

Amygdala is an almond-like structure in our brains that processes negative emotions and memories. When under stress, amygdala modifies its morphology and functionality. It sends signals to different parts of the body and prepares for “fight-or-flight” in response to a threatening situation. As a consequence, these modifications lead to stress-induced psychopathologies like anxiety, depression and addictions. To counter the effects of stress, researchers recommend the use of psilocybin. These recommendations have backing of extensive scientific evidence. Researchers have found that micro-dosing with psilocybin, reduces the activity in the amygdala. Since the amygdala is linked with processing negative emotions, psilocybin weakens the processing of negative stimuli. As a result, the neurons associated with the processing of positive stimuli are strengthened. This mechanism plays a vital role in inhibiting the development of stress-induced mental disorders like anxiety, addictions and depression. That means, psilocybin has opposite effects on the brain as compared to stress. Dr Rainer Krähenmann says that “Psilocybin positively influences mood in healthy individuals. In the brain, this substance stimulates specific docking sites for the messenger serotonin.”  Psilocybin exerts a mood-brightening effect via a change in the serotonin system.

One study that captures the attention when talking about stress is the research conducted on cancer patients. When talking about cancer patients, one must understand the stress they are under. They are fighting death, negative thoughts, and side effects of medicines. As a consequence, these stressors impact the recovery process. Following the consents from 51 cancer patients, researchers gave them psilocybin. When researchers analyzed the results, they found that psilocybin decreased the stress.  Not only that but psilocybin increased their

All the above mentioned are associated with longevity, less stress and happy life. We can say that psilocybin indirectly influenced their happiness. The effects were not short term. In fact, when researchers followed up with these patients after six months, more than 80 % of them had decreased negative emotions.

Recently “The Conversation” conducted a global study in which they recruited 909 participants. These participants reported that micro-dosing with psilocybin improved their mood. These results are significant because the first thing that stress impacts is our mood. Mood swings are common symptoms when experiencing stress. Besides, focus and creativity are two more areas that take a hit when our minds are under stress. The same research showed that psilocybin increased focus and creativity. What was surprising is that psilocybin made participants more confident and productive. The possible explanation for this unexpected result may be that psilocybin reduced the stress and increased positive emotions, which made the participants confident and productive.

Chronic stress can lead to dysregulation and increased levels of cortisol in the body. As a consequence, it can negatively impact sleep, health and well being. Several studies have shown that psilocybin temporarily spikes cortisol levels. The spike in cortisol, in this case, is necessarily not a bad thing. In fact, the spike in cortisol induced by psilocybin activates regions in our brains that are extremely important for learning and memory. That spike in the cortisol is exceptionally essential in activating cognitive flexibility. Due to cognitive flexibility, one can adapt to different situations. It helps people to generate new and efficient cognitive, behavioural and emotional strategies against stress. Studies have shown that psilocybin produces cognitive flexibility in subjects. These results are significant because most of the mental disorders are characterized by increased levels of cognitive inflexibility.

The Guardian, the famous newspaper in the UK, reported that war veterans /soldiers have started taking psilocybin to treat Post Traumatic Disorder. These veterans had tried the conventional psychotherapy and pharmacotherapy to treat the mentally taxing condition. However, conventional treatments had failed to provide relief to these soldiers.

PTSD is a mental disorder experienced by people who have encountered traumatic events like war, accidents, terrorism, rape etc.  In the case of PTSD, the horrific memories, nightmares, and flashbacks act as stressors. As a consequence, people suffering from PTSD relive the trauma through these stressors. The Guardian cited a study conducted at the Medical University of South Carolina. One group of PSTD patients took psilocybin in combination with psychotherapy. The other group of PTSD patients took placebo tablets. Researchers found that the group that was given psilocybin and therapy recovered significantly compared to the placebo group. A 2013 study that was conducted at the University of South Florida provided the explanation for these results. In this study, it was demonstrated that psilocybin initiated neurogenesis in subjects. Meaning, psilocybin helped in the growth and repair of cells in the hippocampus. This area of the brain is linked with memory and emotions. So, in this study, the subjects given psilocybin overcame the fear conditioning significantly compared to the placebo group. The researchers concluded that psilocybin can break the trauma cycle in patients with PTSD.

There is direct and indirect evidence proving the efficacy of psilocybin in reducing chronic stress. The mechanism through which psilocybin works are well documented in research. It is a matter of time before psilocybin goes mainstream. In fact, governments are now allowing the use of psilocybin in research studies in the USA. The benefits of psilocybin in curing mental disorders and stress are unprecedented. Often people complain about the side effects of psychedelics and their addictive nature. Research shows little or no side effects of micro-dosing with psilocybin. In a way, by reducing the stress and increasing the positive emotions in individuals, we can say that psilocybin can protect individuals from chronic diseases. Furthermore, we live in a  competitive world where we have to work continuously to survive. We can only do our best work when we are stress-free. We may not live in a world of our ancestors, but we are always faced with stressors. If you are someone who faces stress at work, home or university, psilocybin is for you.